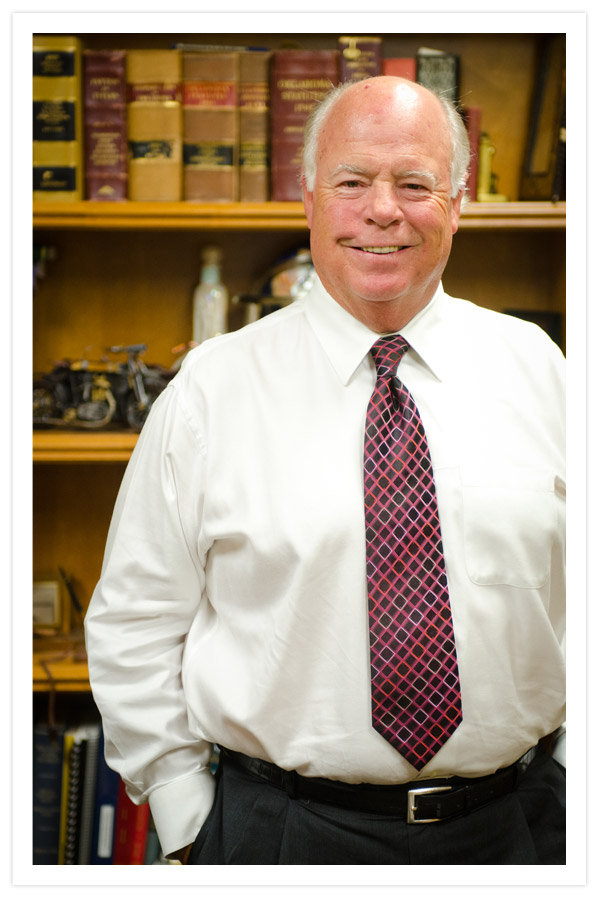 Mr. Lee has been a member of the Oklahoma Bar Association for thirty four years. Mr. Lee attended under graduate school at Oklahoma State University and law school at Oklahoma City University where he graduated with honors in 1978, including membership in the Phi Delta Phi scholastic fraternity. Mr. Lee clerked for two Oklahoma District Judges while working his way through law school and after graduation joined the staff of the Municipal Counselor’s Office of The City of Oklahoma City. He served as trial counsel in the criminal division before being appointed to the Planning and Zoning Division of the Municipal Counselor’s Office. During his tenure there, he rose to become the head of the Planning and Zoning Division and chief land use trial counsel. He served as legal advisor to the Oklahoma City Police Department and to The City of Oklahoma City’s Planning Commission and Board of Adjustment.

Mr. Lee left The City of Oklahoma City in 1982 to join a small private practice specializing in real estate and bank litigation. He became a partner in that firm within one year after joining and became one of its principal litigators where he specialized in real estate transactions and litigation. Although when he joined the firm in 1982 it consisted of three lawyers, by the time of his departure from the firm in 1992, it had grown to employ twenty personnel including eight lawyers.

Mr. Lee continued his work in the area of real estate transaction and litigation for the next several years and expanded his work to include the acquisition and development of commercial properties including three “Class A” commercial office complexes in the City of Edmond, Oklahoma which he still owns and manages. During the three decades of his practice, Mr. Lee has been involved in several important reported opinions from the Oklahoma Supreme Court on varied topics including trial procedure, due process and interpretation and application of Oklahoma’s then newly enacted Real Property Condition Disclosure Act, a subject about which he has lectured to members of the Bar.

Mr. Lee enjoys the highest rating assigned by Martindale Hubbell and is admitted to practice in the state and federal district courts of the State of Oklahoma as well as the 10th Circuit Court of Appeals. He acts as managing partner of the firm of Lee, Dobson & Lee.